So much to do here in Montreal and just a few short days to get everything done before we head home. Yesterday the younger Frenchling and I attended an orientation seminar for international students over at the Université de Montréal.  That and a trip to the bank to open my daughter's very own "offshore" checking account filled the morning.  The afternoon was spent getting the health insurance straightened out and taking a quick jaunt to Costco to pick up a few necessities like sheets.  Today we will be moving the elder Frenchling out of her old apartment and then we are off to Ikea to buy a bed to go with the younger Frenchling's new linens.

But it is early yet and right now I am happily ensconced in my hotel room here in Montreal surrounded by piles of books and a full Kindle.  From time to time, I check my mail and peruse the blogs I follow regularly.  Here are three conversations from bloggers I greatly admire that you might want to check out: 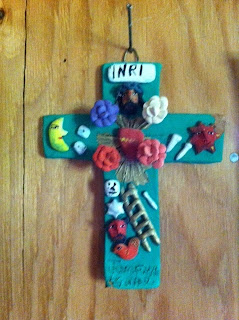 Multicultural Meanderings by Andrew Griffith:  Lively debate in Quebec over issues of identity, multiculturalism and the secular society.  There is a proposal to forbid the wearing of religious attire and signs by public servants here.  This has sparked quite a discussion and Andrew has a great round up of articles about it. I personally found this one from Le Devoir to be right on the money.

Identity is such a complex subject and how sad to see it reduced to a tool for political shenanigans.  Eva Hoffman's words seem appropriate here, "It is only after I have taken in disparate bits of cultural matter, after I have accepted its seduction and snares, that I can make my way through the medium of language to distill my own meanings; and it is only coming from the ground up that I can hit the tenor of my own sensibility, hit home."

Arun with a View:  Arun has provided a link to a piece by a blogger in Beirut called An open letter on Syria to Western narcissists.  The frustration expressed in this post is something I have felt myself and empathize with.  Perhaps I will write a post about it later but for now here is Eva Hoffman once again:


Multivalence is no more than a condition of contemporary awareness, and no more than the contemporary world demands. The weight of the world used to be vertical: it used to come from the past, or from the hierarchy of heaven and earth and hell; now it's horizontal, made up of the endless multiplicity of events going on at once and pressing at each moment on our minds and our living rooms. Dislocation is the norm rather than the aberration in our time, but even in the unlikely event that we spend an entire lifetime in one place, the fabulous diverseness with which we live reminds us constantly that we are no longer the norm or the center, that there is no one geographic center pulling the world together and glowing with the allure of the real thing.


Terra Nullius:  Rhodri has this brilliant post up Beware philosophers bearing simple answers – Sharia and democracy which he wrote in response to a BBC series by Roger Scruton.


Quite simply put, Scruton’s analysis treats the two categories of post-imperial states as antithetical, positing a nearly unbridgeable divide in historical experience and political culture and going on to issue a fatwa on the incompatibility of Shari’a with democracy. To me, this argument not only essentialises and oversimplifies the diverse experiences of entire regions but also misses the wonderful opportunity that the recognition of obvious commonalities would provide to draw historical lessons relevant both to the Middle East and the (less dramatically so but undoubtedly troubled) frontiers of Europe.

Posted by Victoria FERAUGE at 3:52 PM

Thanks for the kind mention. And good luck in the final stages of 'installation' of your Frenchling!

@bubblebustin, We are having a fine time here. I did get to sightsee last week a bit. Not at the Westin though - we got a hotel with suites (living room, bedroom and kitchen). Keeps the Frenchlings (and me) from going feral.

@Andrew, My pleasure. So far so good. We moved the elder Frenchling out of her old place yesterday and we are moving into the new one today. It is a truly splendid apartment. Very old but in decent shape - the fireplace is amazing. I will post pictures.

Say, Victoria, are you a speed reader? I don't believe I've met anyone who is as voracious a reader as you are. We're all better for it! Thank you for sharing your insights/analysis/impressions as you do.
"Going feral". That's a good one.
Anthony Bourdain describes Montrealers as "tough crazy bastards" in his episode of "Parts Unknown" when he visited Quebec. I think you'll like:
http://www.youtube.com/watch?v=I9oemgXgxwY

bubblebustin, The best part of becoming an adult (some 35 odd years ago) was that I no longer had a parent telling me, "Get your nose out of that book, Vickie, and go DO something!"