The Empire Speaks, The Myth Replies

It's a bit wordy but I encourage you to read it because it is the other side of the argument.  And since we are asking that the U.S. government listen to Americans abroad, it seems only right that we stop and listen to them.  Rebuttals there will be later on in this and tomorrow's post but give them the floor, read the press release, and then take a few moments to really think about what they are saying.

Right away I found some common ground:  the fight against tax evasion.  I live in France and I'm not amused when I see headlines about some individual living here who stashes money made in France outside of France without paying the taxes that all other residents of France have to pay.  That's not fair.  Furthermore, it's illegal here and in all the countries I've ever lived in including the United States.

People who do that sort of thing will find no friend in me. If the U.S. Department of Justice wants to go after someone from, say, Los Angeles who sneaks a few million out of the country with the intention of avoiding American taxes or money laundering or funding activities like drug and human trafficking, I will be right there cheering them on.

But where they lose me is when they equate what the criminals are doing with America's emigrants - people who've done nothing nefarious or illegal.  All these people have done is live, work, and raise families outside the United States.  That's about 6-7 million people and their families.  The U.S. government is  drawing a direct line between "Americans abroad" and "tax evaders." This would be laughable if it didn't have such deadly consequences.    Here is what Treasury says:


U.S. taxpayers, including U.S. citizens living abroad, are required to comply with U.S. tax laws​. Individuals that have used offshore accounts to evade tax obligations may rightly fear that FATCA will identify their illicit activities.

It's the Law:  U.S. Tax and Reporting Requirements

The first sentence is absolutely correct.  That is one of the obligations of American citizenship wherever an American may live in the world:
All this may seem a bit silly but, yes, Treasury is right that this is the law.  Today many people are working to get that law changed but for now we are stuck with it.

(Unless, of course one decides to no longer be a U.S. citizen or Green Card holder in which case compliance going forward is no longer an issue.  Patrick Weil called this the great weakness of citizenship-based taxation and I have to agree with him.  It is a bit curious that Americans in the homeland are surprised by the renunciations - classic "avoidance protests".  As Barrington Moore once wrote, "through the centuries one of the common man's most frequent and effective responses to oppression has been flight.")

It's the second sentence in that paragraph that I (and many others) really have a problem with. In fact, it's enough to make some of us a bit testy.

Look, of all the activities that I listed in the previous paragraph, I can't see one that is "illicit."  If I add to that list the other things that Americans abroad typically do outside the United States (retire, teach, go to church, play music, write novels, restore an old house, volunteer at the local community center, work at NGO's, teach English to toddlers, run a small business, run a big business) I still don't see anything "illicit" about any of it.

Furthermore, when any of these Americans abroad opened a checking, savings or retirement account, I think it is a real stretch to imply that they opened these "offshore accounts to evade tax obligations."  In fact,  I think I'm on solid ground here when I say that this was probably the last thing on the mind of that American student in Canada, au pair in France, college professor in Israel, or IT worker in India when they moved abroad.

Opening a bank account in the community where one lives is just a normal part of life.  How normal?  Well, just for fun, here is a picture of my "foreign bank" where, according to the U.S. government, I keep my "offshore accounts." 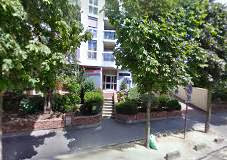 Where is my bank located in relation to me?  Right across the street from my house here in France.

And has the money in those accounts been taxed?  You bet it has.  In fact we were recently audited by the French fisc.  The result?  We overpaid our French taxes the last couple of years and they were kind enough to send us a small check.

Forgive me, but I simply cannot see the linkage between criminal tax evasion and checking/savings accounts in a little branch office of a national bank where the U.S. Person and the account live in the same country and he/she has already paid his or her taxes on that money.   It just seems to defy common sense.

If I had to sum up my stance after reading Treasury's note about FATCA, I'd say it comes down to this:

(In tomorrow's post we'll talk about an important, if indirect, message in Treasury's note - the compliance issue.)
Posted by Victoria FERAUGE at 4:37 PM

Speaking of rebuttals, there are some good ones at FX Tax Posts (http://www.fsitaxposts.com/2013/09/25/myth-vs-fatca-truth-treasurys-effort-combat-offshore-tax-evasion/#comment-317). Of couse there are many others throughout this blog and IBS and other blogs and publications.

I just checked my bank and credit union statements.

I could only find two things foreign. My monthly donations to World Vision for sponsorship of three girls in Costa Rica, Armenia and Nepal. The other was a donation to UNICEF to end protect children from exploitation.

I must surely be money laundering through World Vision and UNICEF, right? All for the express purpose of hiding it from the IRS!

Are individuals who sell a home in another country where they live (to downsize, for example)have the same advantage as corporations as long as they don't 'repatriate' the profit? "However, American firms can delay paying the additional U.S. tax on their foreign profits as long as the earnings are reinvested in the ongoing activities of their foreign subsidiaries. The additional U.S. tax is due when the profits are eventually repatriated." From the website: http://taxfoundation.org/article/us-multinationals-paid-more-100-billion-foreign-income-taxes