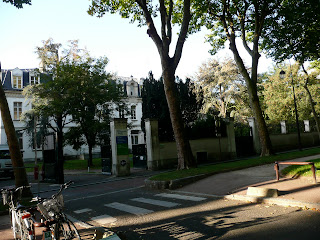 I like to think that I am a relatively zen individual but there are a few subjects that will definitely get my  back up.  One of these subjects is national healthcare.  It is so strange to listen to people who claim that such a thing does not, and never will, work.  When I ask what about it doesn't "work," they are strangely silent - a smart move on their part since they can hardly talk about the particulars of systems they know nothing about and have never experienced.

No system, be it national, private or charitable, is perfect.  Kant once wrote, "Out of the crooked timber of humanity, no straight thing was ever made."  My purpose here is not go into a comparison of different healthcare systems found around the world which all, in their own unique ways, generally do work more or less for the people who use them (unless, of course, you happen to be the citizen of a failed state in which case all bets are off).  What I thought I would do this morning while sipping my coffee is to describe what happened this morning when I took my daughter to the doctor.  You can then take that information, add it to your general store of knowledge and decide for yourself if this system "works" or not.

My younger Frenchling has been having some problems with her knee and since she has to walk up a very steep flight of stairs to get to school, we thought it would be a good idea to have someone look at it.  We have a family doctor within walking distance of our house and so we called and made an appointment for 8:00 this morning.  Under the French system we can choose any doctor we want and all we have to do is declare to Social Security that a doctor is our "Primary Care Physician."

I love our doctor - he is young, very competent and he is almost always on time (something that warms my little Anglo-Saxon heart).  He also attended the same high school as the younger Frenchling so they always have much to talk about.  Today he is indeed on time - at 8:00 the door opens and he ushers us into his office.  We answer questions, he looks at my daughter's knee and says it will probably go away by itself but he's going to write a note that she be excused from sports for the next two weeks.

Still chatting I hand over my daughter's Carte Vitale. This is a little green card that has my daughter's photo on it and a chip.  The doctors puts the card in his reader - this sends information to the social security office that we saw the doctor that day so they can directly reimburse the expenses to our bank account.

I then hand my Visa card to the doctor and tap my code.  In the French system you are reimbursed (usually within a week)  but you still must pay the doctor at the end of the visit.  The fee is 23 Euros (34 U.S. Dollars - the Euro is really high against the Dollar right now).  We chat some more with the doctor (he asks about the elder Frenchling in Canada), we shake his hand and leave.

This visit took about 30 minutes.  Less than 5 of those minutes had to do with administrative stuff (forms, payment and so on).  The rest was the doctor doing what doctors do best - care for their patients.  You also might notice that our doctor (like many here) does not have and does not need staff.  He does share a receptionist with about ten other doctors in the clinic but that's really all he needs.  With the card system, there is almost no paper - in our case just the handwritten note for my daughter's school.

As a long-time user of this system I would rate my satisfaction as Very High.  It is not only efficient but I  feel that I and my family have received very good care.  It's a real relief not to have to fill out forms and go through three different people (only one of whom is actually the doctor) for something as simple as checking out an aching knee (something we experienced on a regular basis in Seattle).

In my experience where the system tends to break down is when the private companies get into the act.  Many companies offer private supplemental insurance (called Mutuelles) to their employees for extras like slightly more expensive glasses or a private room in a hospital.  We are currently battling with our two private insurance companies over fees for care received late last year.  Social Security has paid its share and now these two insurance companies are fighting it out over who should pay the rest with both saying that the other is responsible.  Kafkaesque.

Look, we can have an argument about the cost, about how it is funded, about its efficiency and even whether or not this sort of system is adaptable to other places and other peoples.  Those are legitimate topics but, speaking as a user of this system, I personally am a very happy and satisfied customer.  The national healthcare system in France is, in my humble opinion, something that the French should be genuinely proud of.
Posted by Victoria FERAUGE at 10:19 AM

I particularly like this Business Week article on the topic: http://www.businessweek.com/magazine/content/07_28/b4042070.htm

That is a very good article, Ovid, and very accurate. It really surprised during the U.S. healthcare debates that they didn't look closer at the French system which is a nice mix. Thanks so much for stopping by and leaving the link. I can personally attest that the system in Japan works pretty well too :-)

Thank you for posting this experience. I am so glad I found your blog. Half of my family is in France and half is in the U.S. I know from the care that my family in France has received that their healthcare system does "work." It is interesting and sad how hostile some in the U.S. are to this idea, but not too surprising since there are some very interested parties, with huge bank accounts and influence, not wanting to lose their stranglehold on the system. After all, if they eliminated all of the unecessary middle people and made the system simple, all of those interested parties would lose a huge cashcow.

I am a dual citizen born in the U.S. and would love to live in France...hopefully someday. But based upon what I have seen from the care my family has received, I would much rather be treated in France for a serious illness than deal with the nasty health insurance companies here in the U.S.

I'm very glad to have you here, L. Dupuy, and I really appreciate your feedback and your comment.

I think we all fear and misunderstand what we don't know and have never experienced. Americans are afraid that they will lose what is good about their health system if it is nationalized and they are surely right that it will cost a great deal (though probably less than what they pay now). That said I am not sure that Americans really understand that their healthcare is not as good as they think it is. A relative of mine in the U.S. just about hit the floor when I pointed out that the U.S. fared rather poorly compared to similar nations on at least two dimensions: infant mortality and longevity.

I've often wondered what I would do if I became seriously ill here in France. I have utter faith in the French healthcare system but it simply does not have one thing that I think is essential to my capacity for coping with the situation: my mother. :-)