The younger Frenchling and I made a deal this morning after I came home from mass.  She has one week of vacation left and I have one week before my radiotherapy begins and neither of us really wants to spend that time sitting at home.   So starting today we are going to find at least one thing (monument, park, museum, exhibition) we've never seen before in Paris or Versailles and go there together.

Today's choice was pathetically easy.  We've lived across from the Domaine de Madame Elisabeth for over 5 years now and no one from our family has so much as put one foot inside the gates.  This afternoon we rectified that. 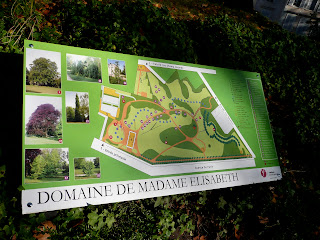 The Domaine de Madame Elisabeth (also called the Domaine de Montreuil) is a property of around 8 hectares (about 19 scres)  that was acquired by the king, Louis XVI, in the late 18th century from a noble couple in financial difficulty.  The king gifted it to his younger sister, Madame Elisabeth, in 1783 when she was 19 years old.  Which meant, as the younger Frenchling pointed out, she didn't have much time to enjoy it.

When the Revolution began she refused to go into exile and was imprisoned with her brother and his wife and followed them to the scaffold in 1794.


Today the Domaine is a public park and entry is free to the public.  It would probably be best to visit in the summertime but today was a cool sunny autumn day and it was perfect for a walk.  Here are a few pictures: 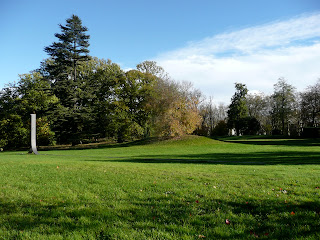 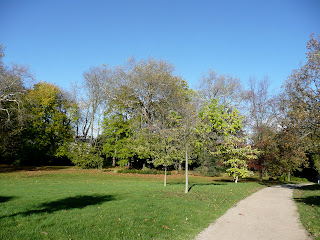 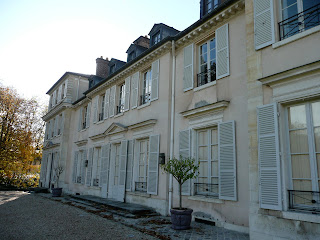 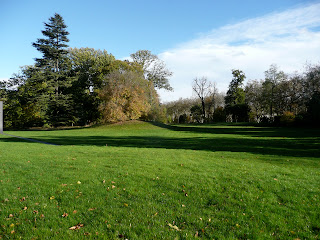 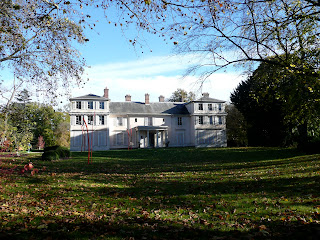 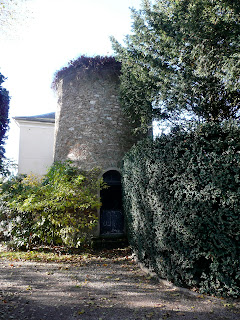 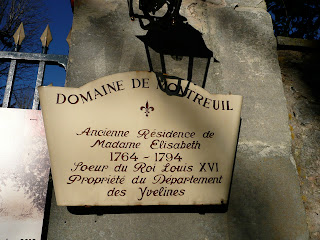 Posted by Victoria FERAUGE at 5:01 PM

Bonjour Victoria. Long time, no talk to... First things first, good luck with your upcoming treatment! Second, thank you for taking there to "Madame Elizabeth's" residence. I had never even heard of it. The Frenchling is right: She did not have much time to enjoy it, and that is sad, because what a lovely place that was. I bet that long walk on the grounds and the fresh air did you both a lot of good. Thank you for sharing your photos!
Veronique (French Girl in Seattle)

Thanks! Yes, if you come to Versailles I really recommend taking a walk through her domaine. It's a beautiful park and there are interesting exhibitions in the old orangerie at the back of the property.

It did do me a world of good. Little by little I'm able to walk farther and do stuff. I still have to be careful but it is better.

Yesterday I was able to take a long morning stroll in Grand Montreuil. I'll be posting pictures today or tomorrow.

All the best to you,