I'm almost finished with a really good book by Alan Weisman called The World Without Us.  It's a thought experiment:  What if humans vanished tomorrow?  What would happen and would might the world look like in 10, 100, 1000 or 10,000 years?

I can't vouch for the science but it does support a suspicion I've had since I was a kid growing up in the Pacific Northwest of the US:  the human race's grip on this planet is a lot more tenuous than we think.  I was raised in the western half of Washington state which is temperate rain forest and I did a lot of hiking in my youth.  Here's a video that will give you a good idea of what that looks like:

In order for anything human-made to last,  it has to be maintained with great effort.  In a few short years, that old field or house or road starts to deteriorate.  I saw this with a plot of land that my family owned back in the 1970's - we cleared an area and just a few years later had to get out the chainsaw to clear it again.  This is not an argument for humans doing whatever they want;  it's simply a recognition that there are forces that will take back what we make, much faster than we might imagine.

As I was reading the book and thinking about that, it occured to me that I had an even more recent example of this.  I spent part of my summer in Brittany, France where my mother-in-law owns an old fisherman's house.  I've been going to the same area for over 20 years now and what I see every time I visit is less and less land under cultivation (fewer farmers).  Some of the land was sold and there are new houses (or people trying to save old ones) but a lot of it has simply been abandoned.  In some places the only way you know that there was a farm and fields is because you'll see a little part of what was a stone wall peeking out from under the moss, ferns and trees.  Then you look closer and see that on the other side, there is forest but it's not that old (less than 100 years).  From field to forest (albeit a kind of scruffy forest with a lot of brush and shrubbery in addition to the trees) in one lifetime.  Even the stone walls, which in some places come up to my shoulder are being covered with vegetation and I've seen trees growing in these walls around those old fields, slowly tearing them down.

During dinner one evening this year we looked out the window and saw a chevreuil (European deer).  In 30 years my mother-in-law said that she had never seen one before that day.  Here's what they look like:

I really recommend the Weisman book and I'll leave you today with some pictures I took during our month in Brittany. Have a great weekend, everyone.


And finally, one of my favorite local spots and an example of two very old things that that have lasted up to the present day:  La chapelle Saint-Philibert in Trégunc.  It was built in the 16th century and is beautifully maintained.  The chapel however, was built next to a fountain which is ancient.  When I went one year on their annual pardon, I was told that it was definitely around in Roman times (pre-Christian era) and may date to earlier than that. 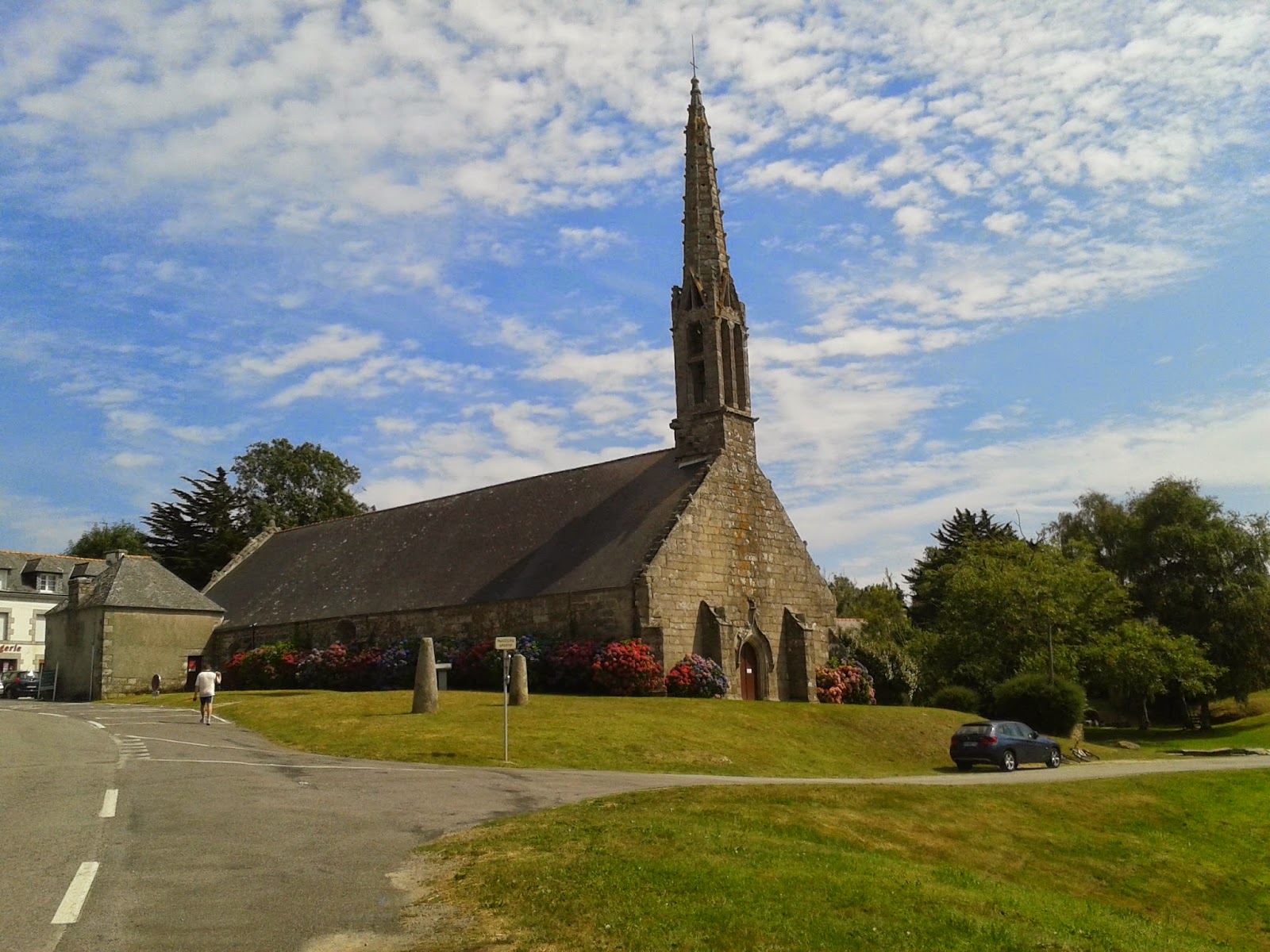 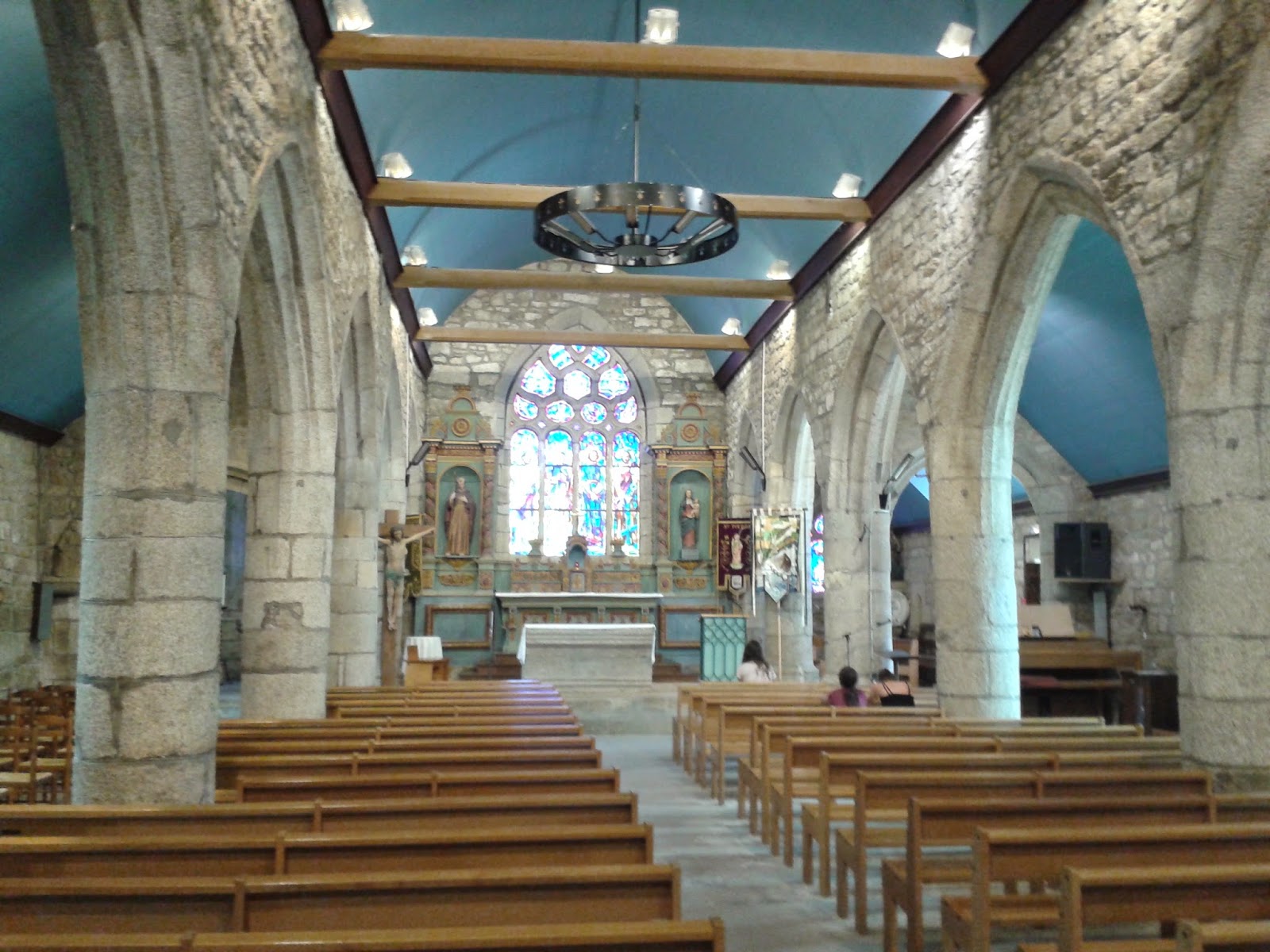 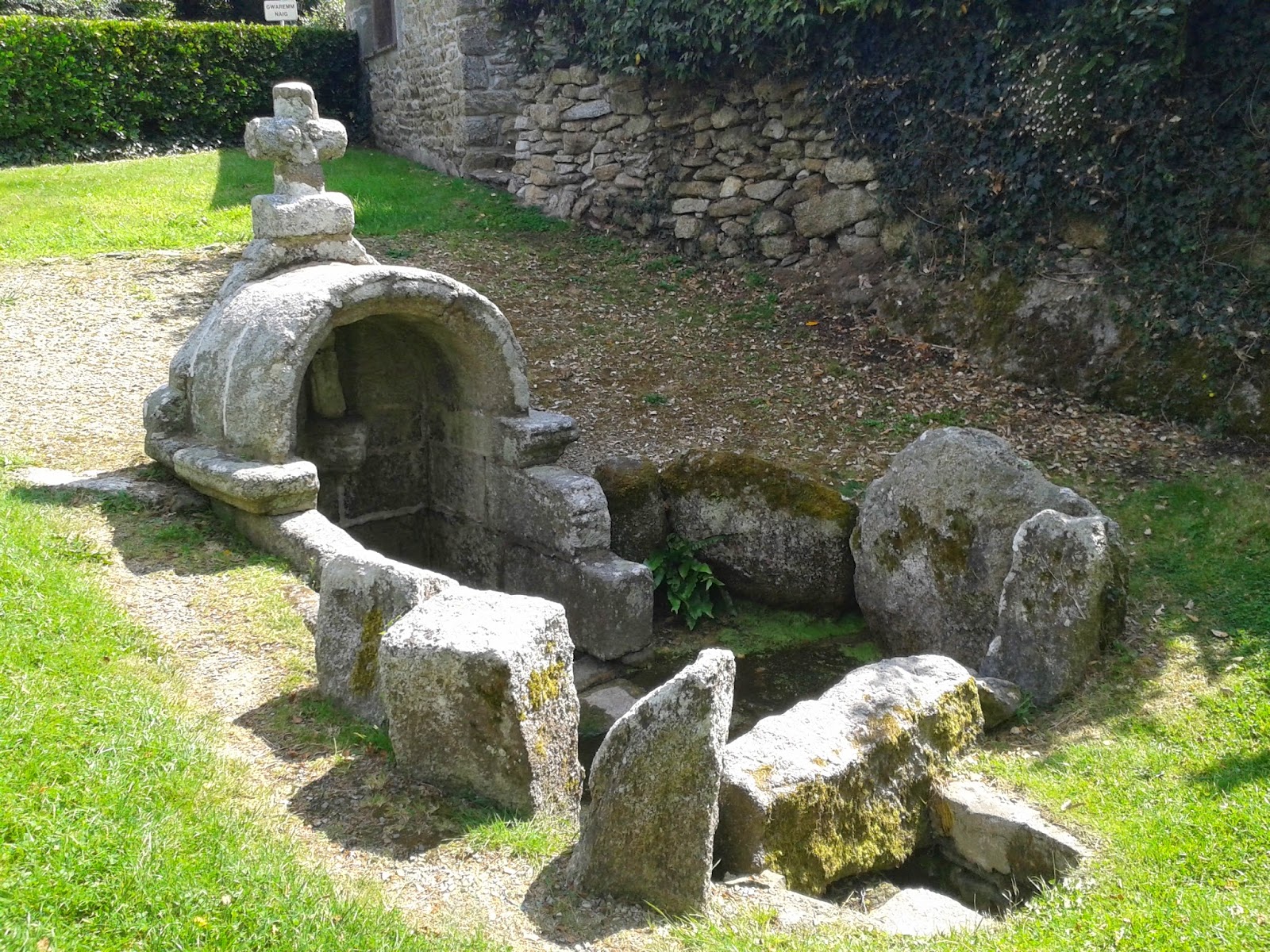 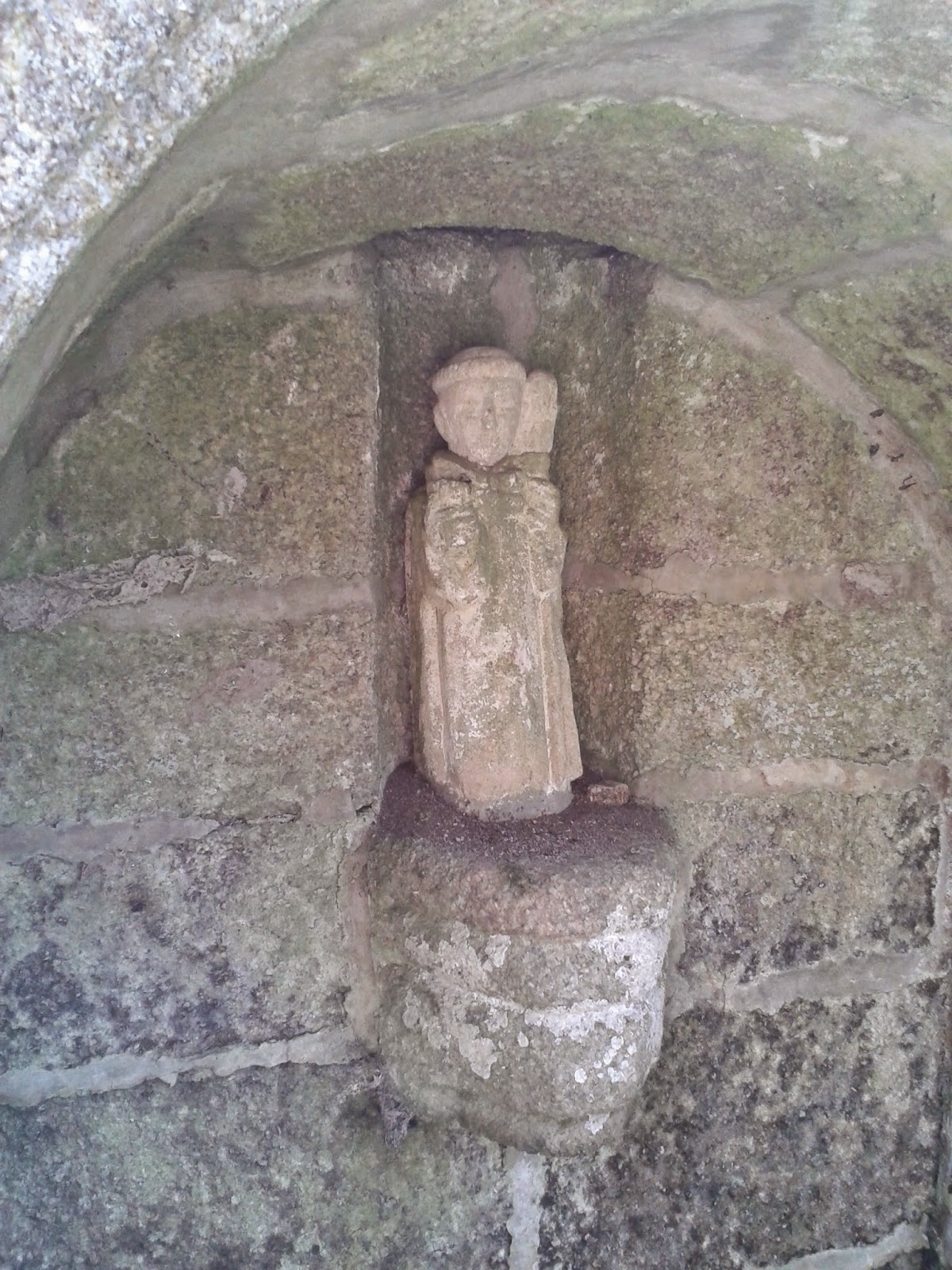 Posted by Victoria FERAUGE at 10:58 AM

I was struck by the speed with which nature has crept up on the abandoned homes of Detroit. It feel bizzare, but you are right, our hold is quite fragile.

Catherine, yeah we think of our homes as being rather sturdy but they go downhill so fast under the right conditions. There is an old farm not far from my mother-in-law's house. It had a beautiful two-story stone house and several smaller buildings. Due to an inheritance fight it was left to its own devices for 20 years. The roof caved in long ago and now the stone is going. We passed by it this time around and someone is using the property to pasture horses.

You mentioned Detroit and I went looking and found this site. Pretty sad: http://www.100abandonedhouses.com/

Nature has its extremes: I live within a two hour drive of the Atlantic Rain Forest which rapidly consumes everything as you described. On the other hand, I grew up near the (beautiful) deserts of Southern California. I also visited the wild canyons of South-east Utah last May. I was reminded and have seen first hand how a mere footprint can last years; not to mention the tracks Off-Road vehicles. And then there are the tank tracks we left for eternity in the middle east.

the history channel had a series
which tried to examine what would
after people ceased to exist
http://en.wikipedia.org/wiki/Life_After_People