The Sick Helping the Sick

Every Wednesday I leave the house around 11:30 and walk over to my church, St. Elisabeth de Hongrie, for the 12:05 Mass.  In my purse I have a small, round, gold box called a custode which I put on the altar with a communion host inside.  After the high point of the Mass, Father closes it up and hands it to me saying "Take this to our sick brother or sister."

The role I'm playing here is called an extraordinary minister of Holy Communion and it's part of the larger parish service to the sick and homebound.  In an ideal world it would be done by a priest or a deacon but lay members of the Church can fill in when the circumstances require it.

I was asked to do this because it wasn't so long ago that I was the one who was sick and stuck at home.  When I was going through chemo I simply didn't know that I could ask for my local parish to do this.  Yes, even us cradle Catholics are completely clueless sometimes.

My assignment is a 90+ year old Frenchwoman who is sharp as a tack but had a really bad fall a year or so ago and is now stuck at home.  In all honesty she's probably done me more good then I've done her.  The visit has a framework but it's also an exchange.  I've learned all sorts of things about Versailles and about her region, Auvergne. She has lived in Versailles most of her life but she still says that she is from Chaudes-Aigues, a small community known for its station thermale (thermal spa/hot springs) which has been around since the 14th century.

Yesterday I was complaining about my arthritis and the joint pain caused by my cancer meds.  Madame G. urged me to head south for a cure.  Book a few days down in my hometown, she said.  It's beautiful there and really will help your arthritis.

Who am I argue with experience?  I checked the Net when I got back home and the water there is supposed to be around 82 degrees Celsius (180 degrees Fahrenheit).  Sounds like heaven to me.

As I said she's lived most of her life in Versailles and she's been in the same apartment since just after World War II.  The neighborhood is, well, not a great one.  Versailles does have "cheap seats" and this particular one is called Chantiers. There is a big regional train station smack in the middle of the quartier and the surrounding area has seen better days:  lots of run-down buildings, peeling paint and crumbling stonework. Tourists are unlikely to be found here since what interests them is the castle, of course, and the neighborhoods that are directly adjacent to it.

Her apartment building, however, is just gorgeous and well-maintained.  It was probably built in the late 19th/early 20th century by, according to her, an American investor.  The apartments are very small but they have big windows that overlook a lovely courtyard.  And above the big double doors that one goes through to get the courtyard there is a stunning ceramic decoration by A. Bigot.  I think this is a work by Alexandre Bigot, a French céramiste (1862-1927).

I'll leave you to go about your day with a few photos I took of the building as I was walking out yesterday.  Have a lovely day, everyone. 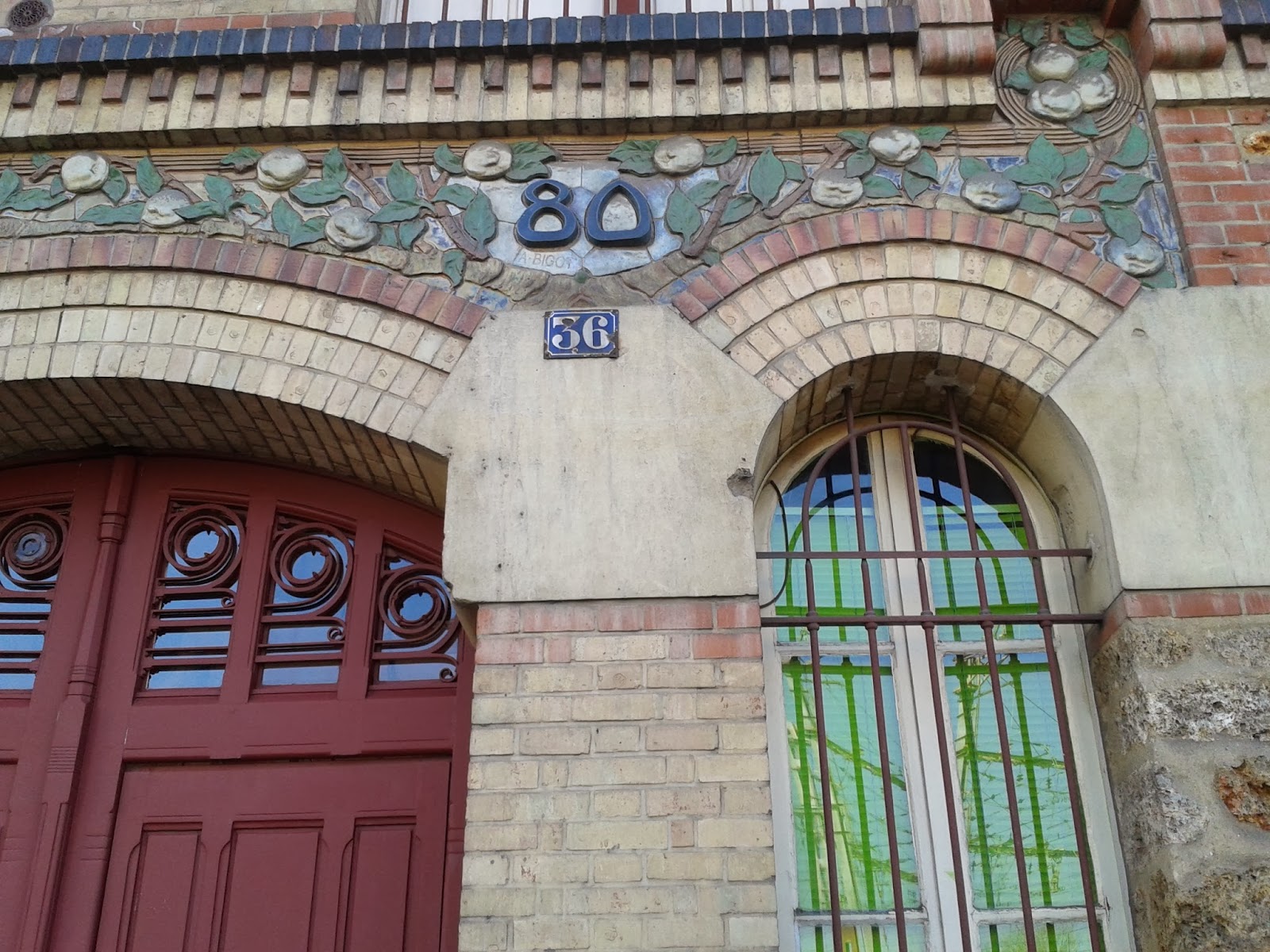 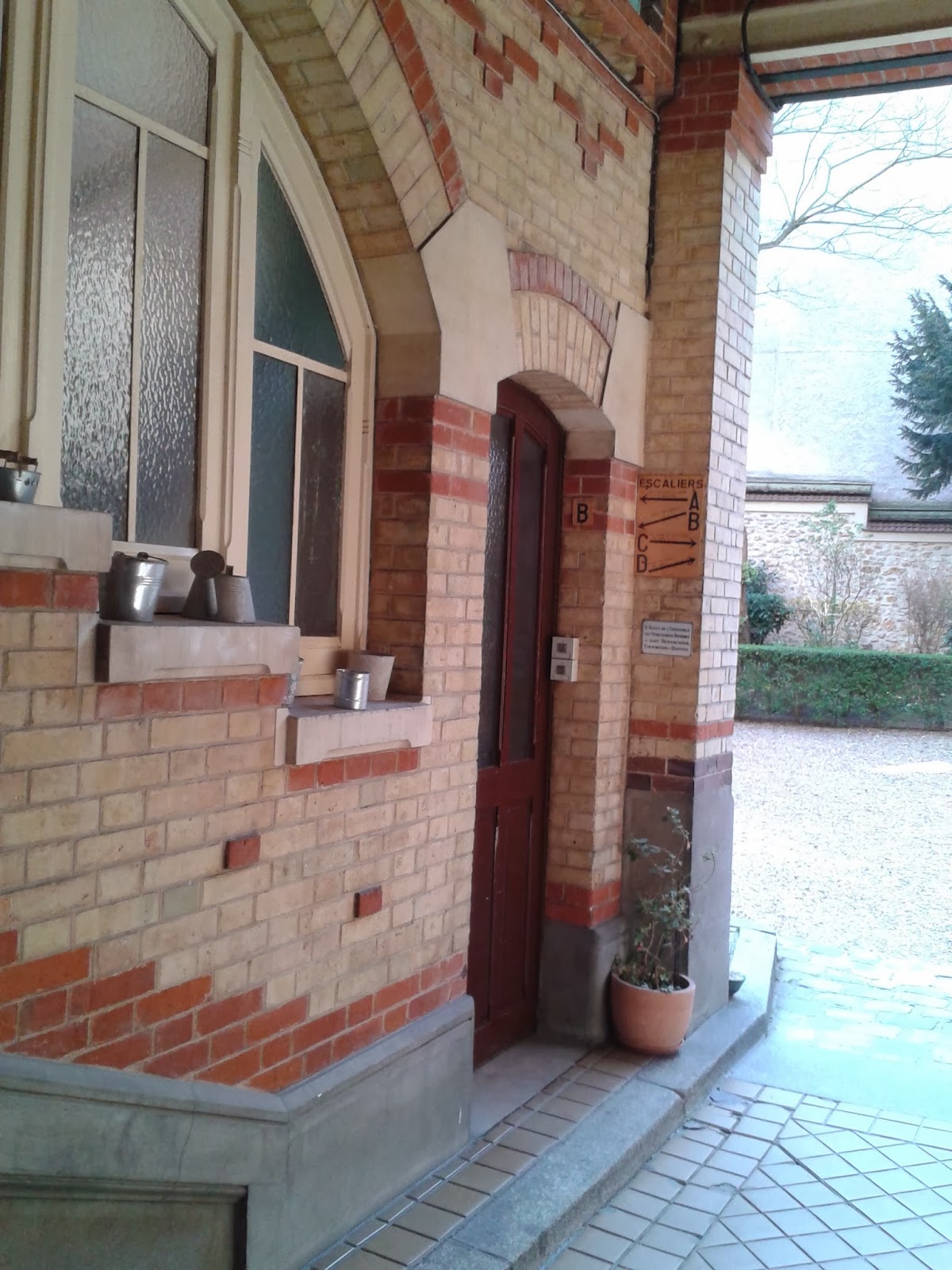 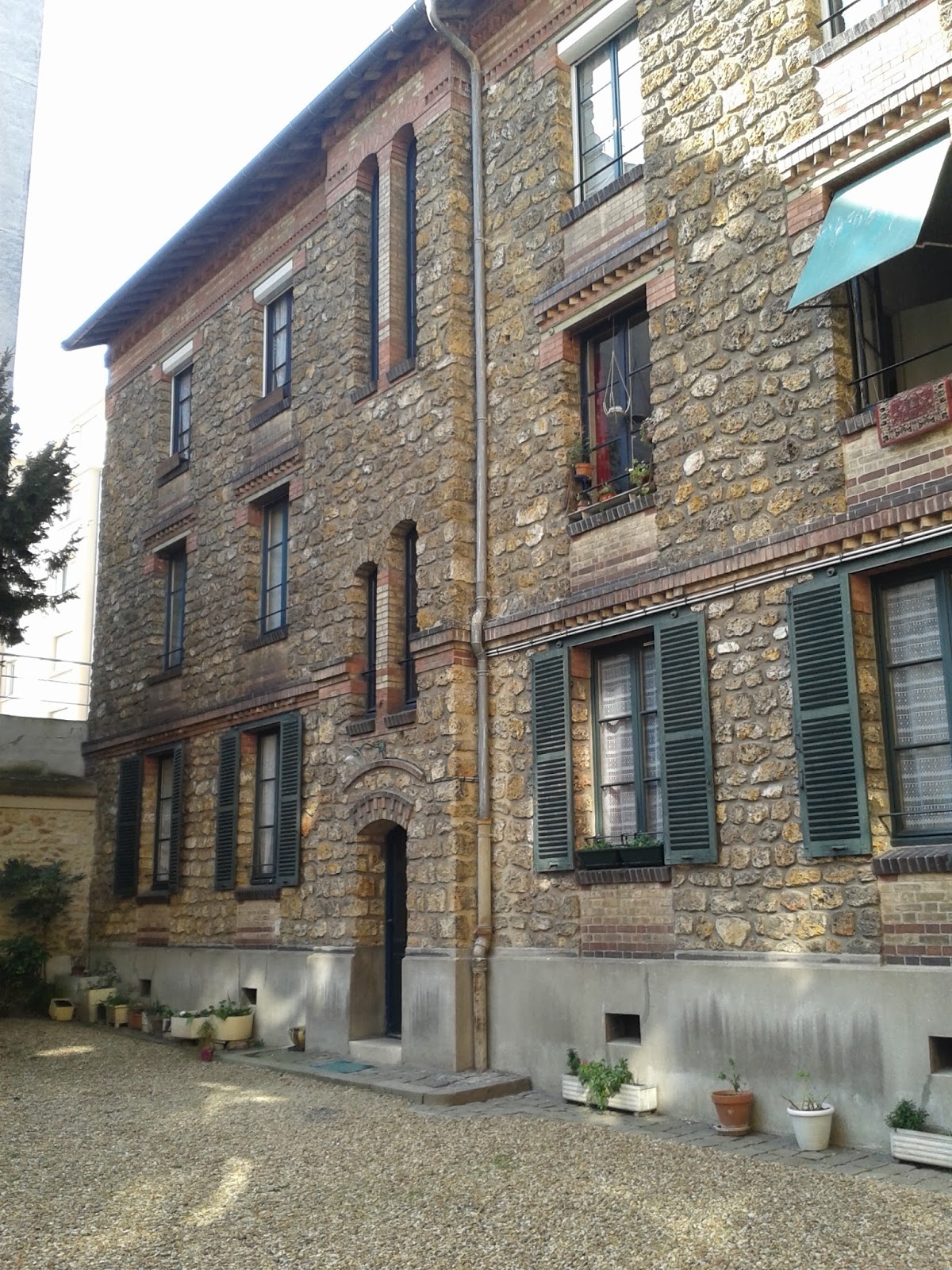 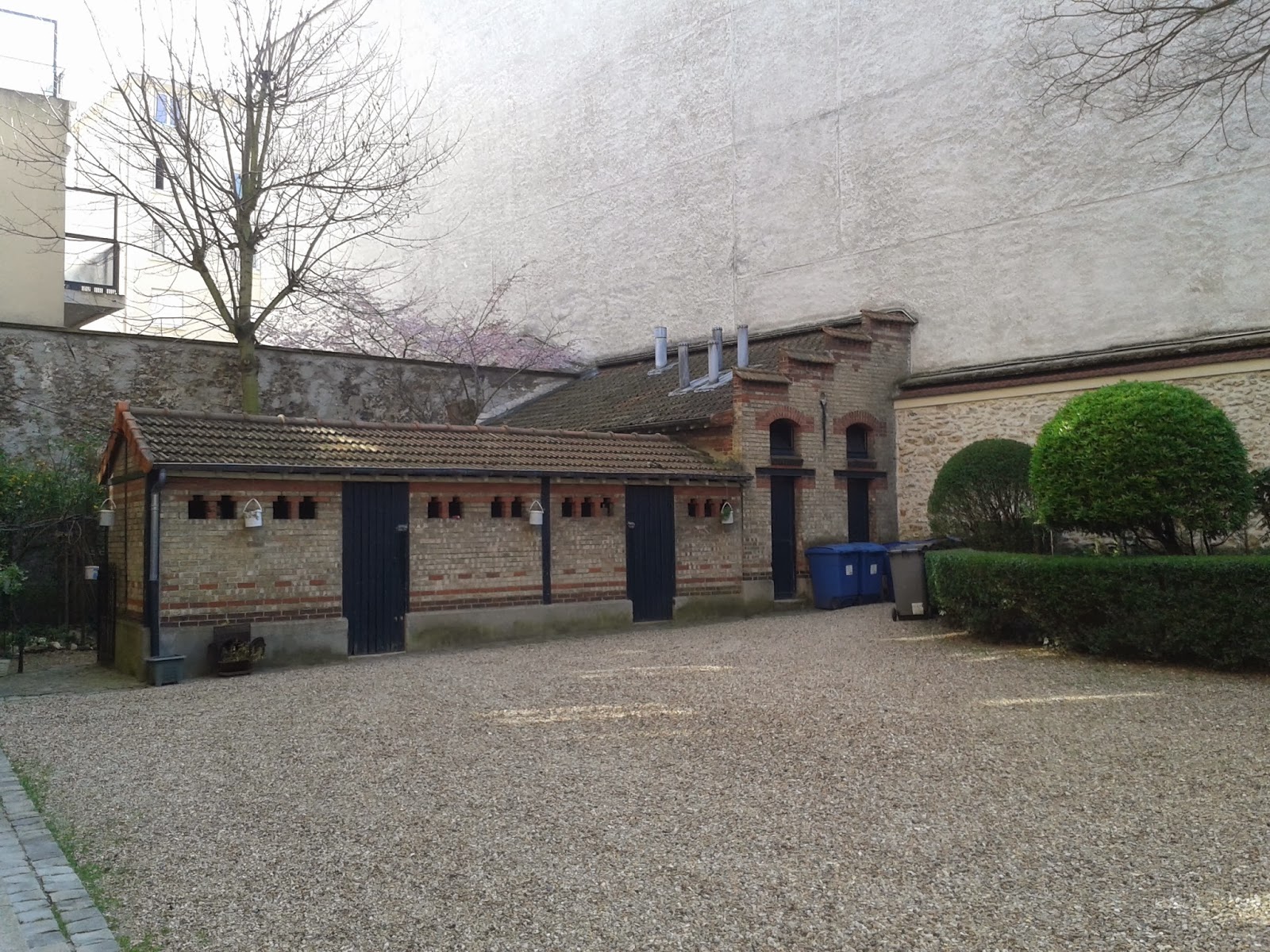 Posted by Victoria FERAUGE at 10:18 AM

Thanks for giving us glimpses into your life in France.

I hope you will take that trip to Chaudes-Aigues.

Isn't it interesting when you think about it. Simple things like this are sometimes the most rewarding.

@Blaze, I'm going to try. Right now we are talking about what summer vacation will look like this year. Canada, of course, because the elder Frenchling will be graduating. The rest we are not so sure about. I am leaning toward staying in France myself and going to Brittany and maybe Auvergne.

@Patrick, Yes, it's the small stuff. And people. Those are things that make me happy these days. What's the line? "Leaving people is a sadness. A place is only a place."

Looks quite beautiful. And I so enjoy posts like this where you have shared a touch of daily life. Will you be going down south soon? :)