Overseas Americans Week Off to a Great Start

It's Overseas Americans week and the weather is cold and clear here in Washington, D.C.

The first day was a whirlwind of activity which started with an early morning kickoff in the House cafeteria and ended with a debriefing at Bullfeathers.

It was quite a day.  So many meetings, so much to say.  In some cases it was a chance to say "thank you" to those US lawmakers who are part of the Americans Abroad caucus and in others it was an opportunity to educate those who don't know a lot about us and the issues we are facing (tax issues, banking discrimination...)

But the high point of the first day was a trip over to the Internal Revenue Service (IRS) for a meeting with Nina Olson, the National Taxpayer Advocate, and her team.  For those of you who are not familiar with their work, have a look at their 2013 report to Congress and you'll see that our top issues make their list of the Taxpayers Advocate Service's Most Serious Problems.

Toward the end of the meeting I had the chance to fulfill my promise to all of you who asked me to convey our appreciation for her work.  Americans all over the world read your reports, I said, and it means so much to all of us to know that you are in our corner. 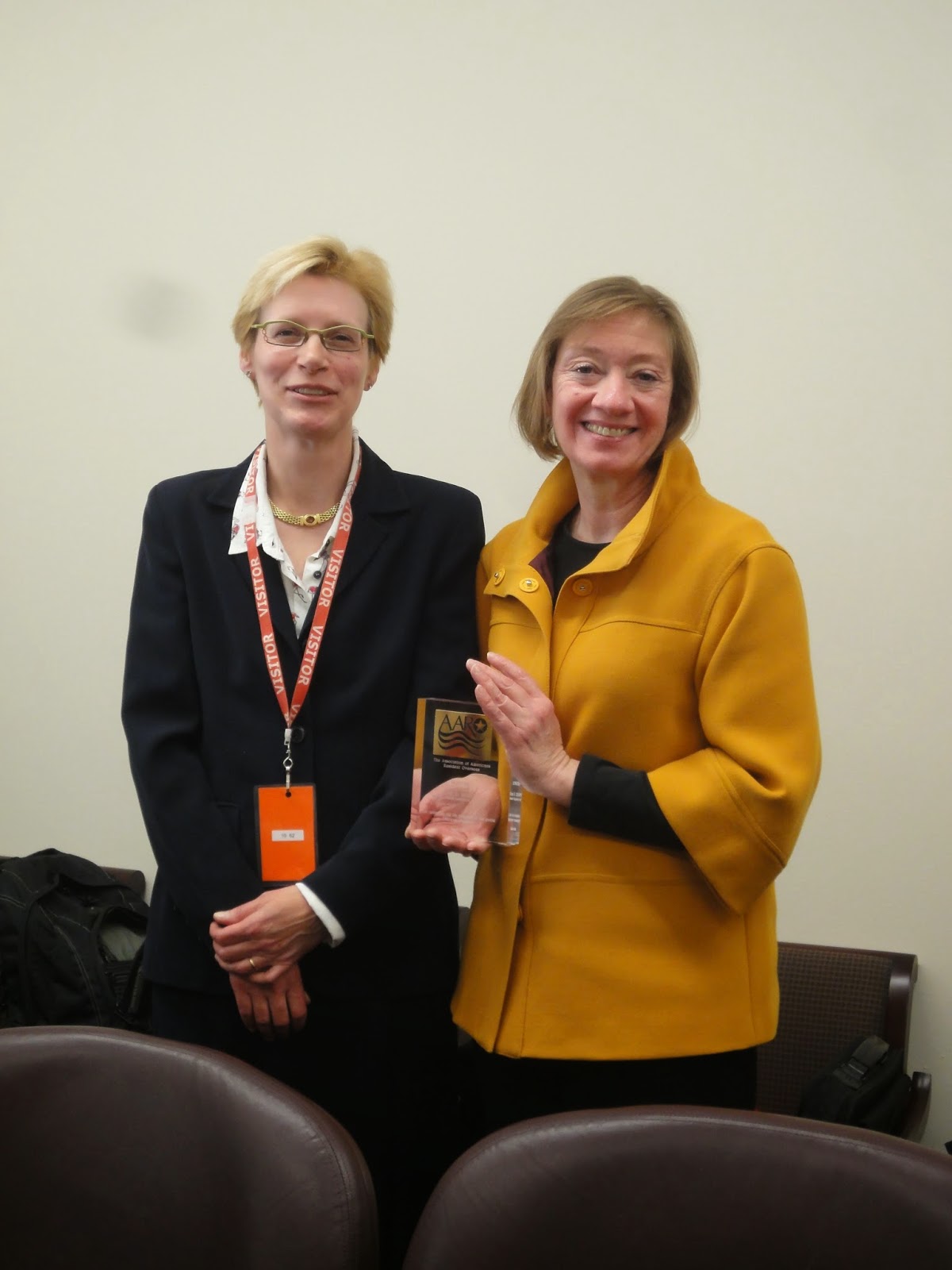 Frankly, meeting Nina Olson and her team was all by itself worth the trip.  Everything after this will  be the cerise sur le gâteau (the cherry on the cake).

More pictures up on the official AARO Facebook feed if you are interested. And Ellen Lebelle just posted about Day 1 on her blog Thinking Out Loud.

Tuesday's agenda is even busier than Monday's.

Wish us luck and à demain.
Posted by Victoria FERAUGE at 7:28 AM

Wow. That's great! I hope you got the chance to mention the immigrants' untold story to Nina, and the fact that they don't have good choices right now.

Thank you,thank you, thank you. I hope other senators and representatives will LISTEN to you instead of just repeating their "tax evaders must be punished" mantra

I am so glad you are there representing us. Thank you so much for all of your hard work and efforts. I look forward to hearing more about your time in DC.

@Christophe, Yes, when I can I try to talk about the Green Card holders. It definitely resonates but, damn, immigration is such a touchy subject here...

@Janet, I'm really pleased to report that I haven't heard one "tax evader" comment since we've been here. :-)

@Lea, I am so proud and happy to be here. Tired feet and all. It's such a kick to be DOING. OK, who knows if it will do any good but I have to hope that it will. Thank you so much for your encouragement and support. It means a lot to me.

Thanks so much, Victoria.
I know how it must be tiring, and everyone appreciates your work and dedication. Yes, it must be feeling good to actually meet and talk to these people. The rest of us don't really know the impact it has when we write to our representatives.

It must be difficult to keep calm and objectively state the facts when there is so much passion and feelings associated with what is happening, and the lack of respect that the US has been showing to the rest of the world with FATCA.

You mention the AARO/FAWCO delegation. What about ACA? Were they involved in Overseas Americans Week as well? They seem to be one of the main voice of Americans overseas.

Have a good rest of the week.

Ms. Olsen is a heroine to me because even though I did end up having to relinquish my citizenship at least she stood up and said to congress exactly what was happening to us all. She told the truth and called it out for a wrong and tried to get some action. When I think of how badly we have been treated I think again of her efforts to do the right thing and am at least comforted that someone understood the situation who had the power to call out congress on the problems and did so. Victoria, thank you for going to D.C. and I am so glad you were able to thank Ms. Olsen!