The Flophouse in Seattle: Wood Houses

Many years ago when I first arrived in France, I heard my mother-in-law talking about "pierre et terre." (stone and soil)  These two things, according to her, were the only reliable and safe investments around since stocks, bonds and savings left a family at the mercy of the evil bankers.

I could not resist joining the conversation and the chance to say to her jokingly, "But, Maman, where I come from houses are made of wood."

Seattle has one of the nicest collections of old (100+ years) wooden houses around - from bungalows to the "Seattle Box.".  In the neighborhood where we are staying, Phinney Ridge, many of them have been lovingly restored and may, in fact, look better today than when they were first built in the early 20th century.  A good example would be the house we are staying in which belongs to my family here.  This is what it looked like about a hundred years ago: 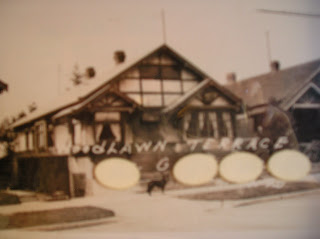 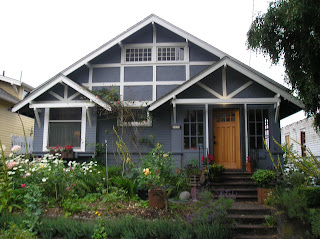 After I made my smart comment to my mother-in-law, my father-in-law (who was genuinely interested) asked me a number of questions about Seattle houses and how they were built.  I'm sorry to say I had no answers for him since I'd never delved into how they were constructed and had no idea what was under all that pretty paint.

Today I was able to rectify all that.  The house next door (the one to the right in the original photo) was recently purchased and is being remodeled.  That house is a mirror image to ours and the new owner graciously allowed me access to the site and let me take a few pictures.


Many thanks to Hans for letting me have a look and for his permission to post the photos here. From the look of things this is going to be a spectacular remodel.
Posted by Victoria FERAUGE at 1:46 AM