Monday, I was a woman with a mission.  Wearing my brand new Asics Fieldwalkers, a friend and I hopped a train out of Umeda station to our target destination:  Minoo-shi, a small city north of Osaka, population 129,000.

We weren't there to see the city, we went to hike the Minoo Park Trail.  The Internet sites I consulted said it was an easy one and they were right - about 3 kilometers over easy terrain.  There were a few steps and some steep inclines, but overall it was pretty smooth.  There were grandmas on the trail with us who were doing just fine (and, sad to say, some of them walked faster, too).

None of the sites I consulted, however, conveyed just how glorious the park was.  Even in early early spring before the trees begin to bloom, it was beautiful and filled with things to stop and admire.

If you want to see the park in its glory (spring, summer, and early fall), there are many pictures posted on the Internet for your viewing pleasure.  But if you want to see what it looks like now, take a glance at a few of the many photos I took as we ambled along.  Even in the off-season, Minoo Park was magnificent. 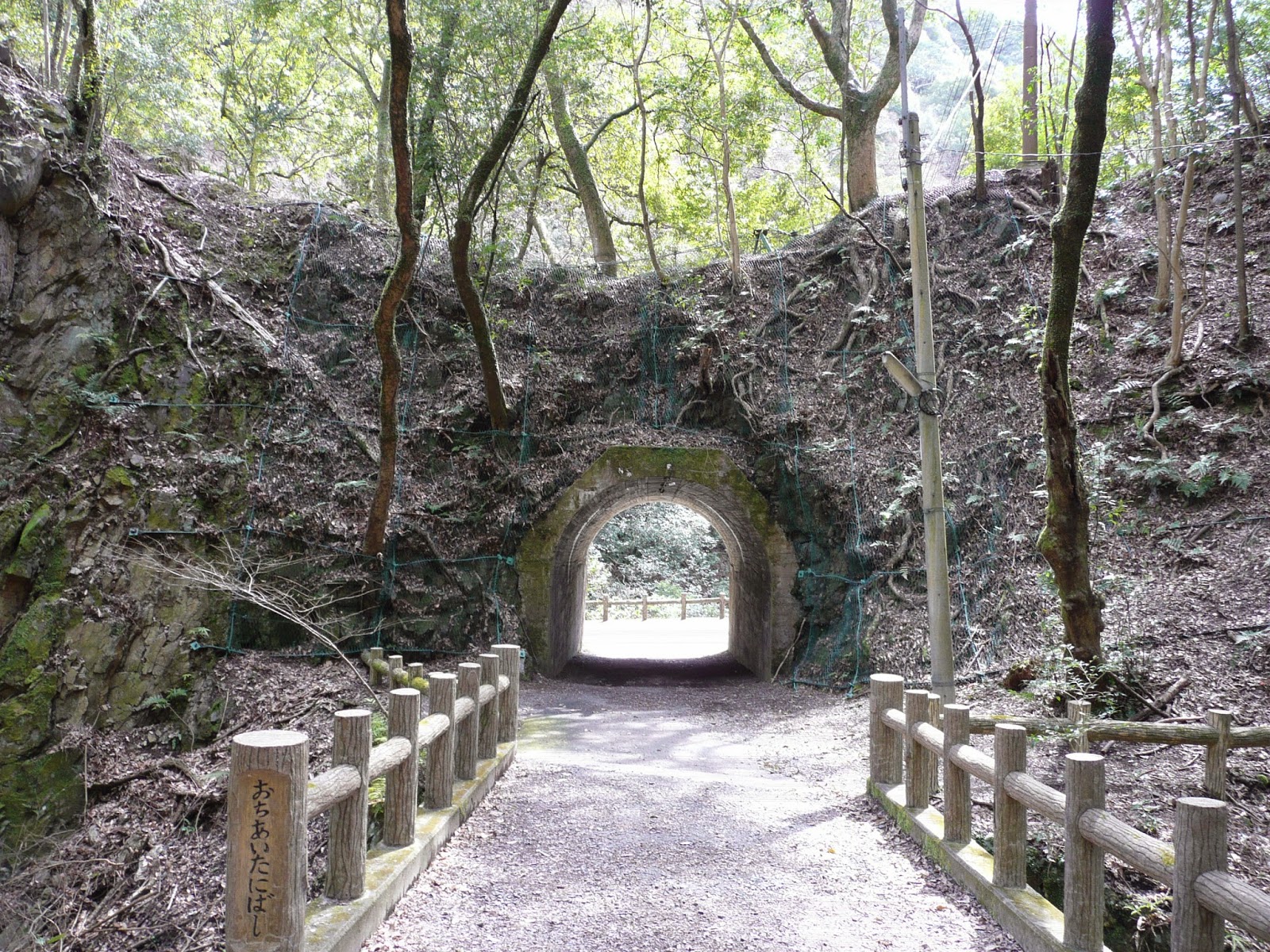 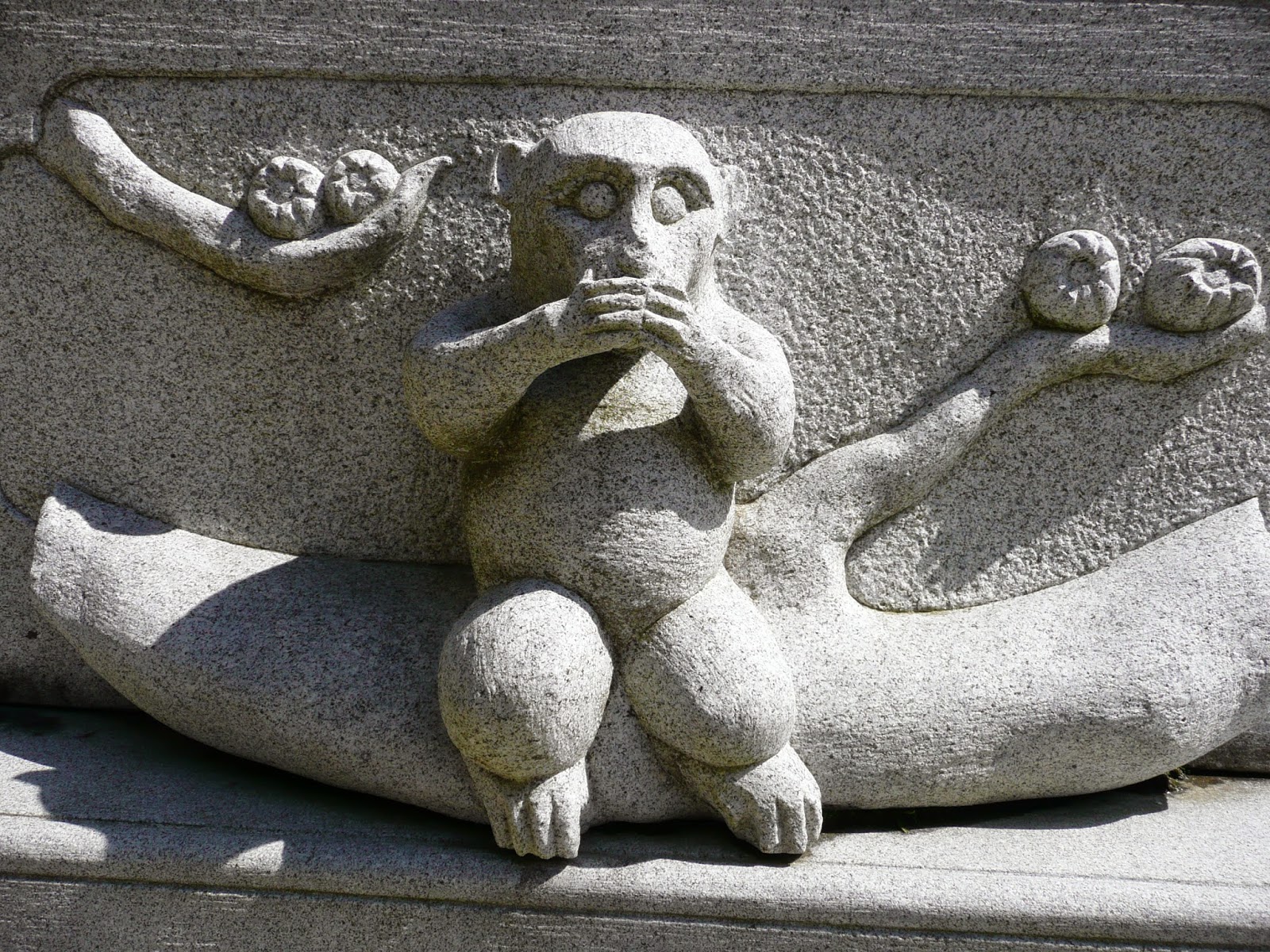 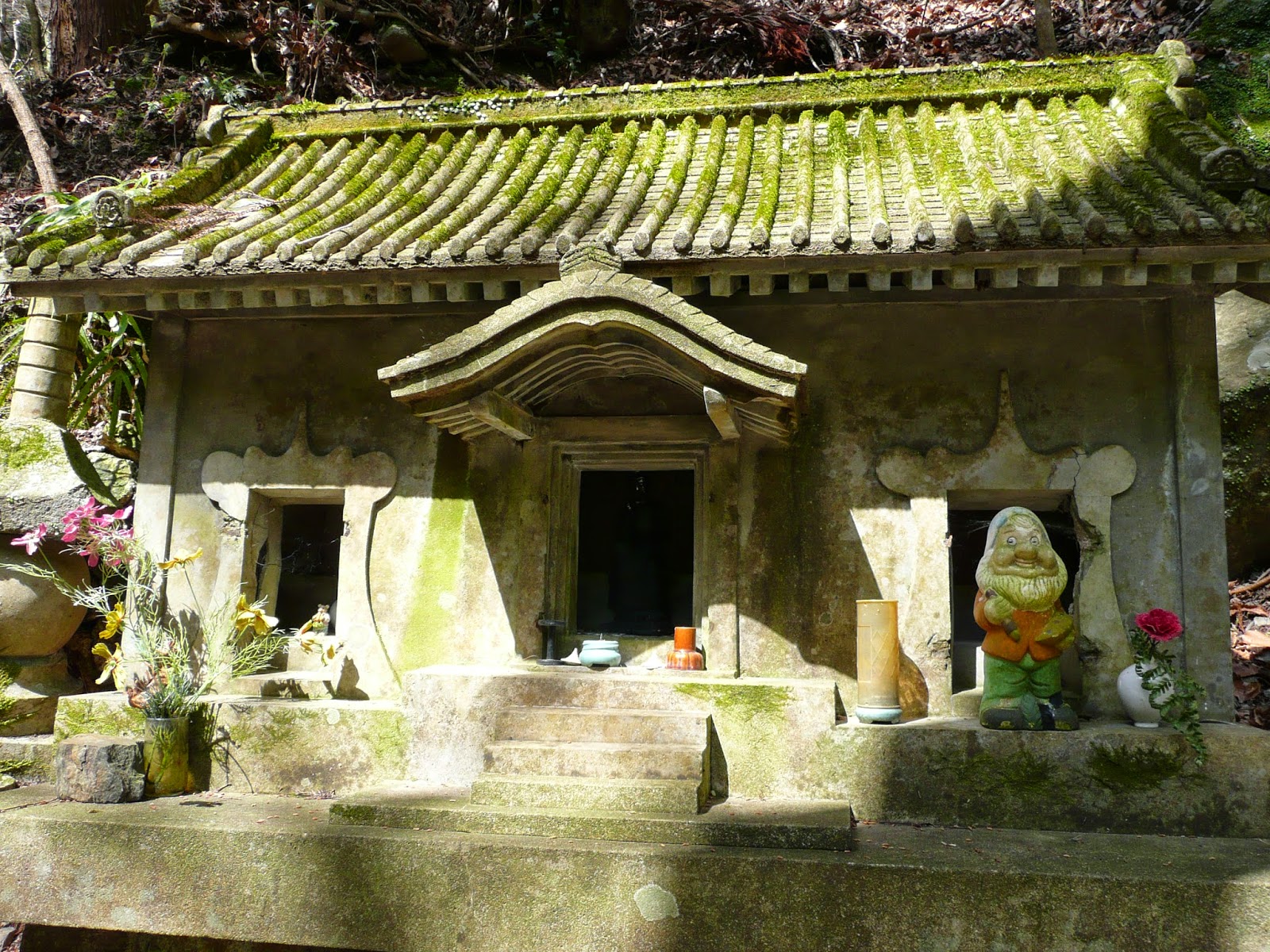 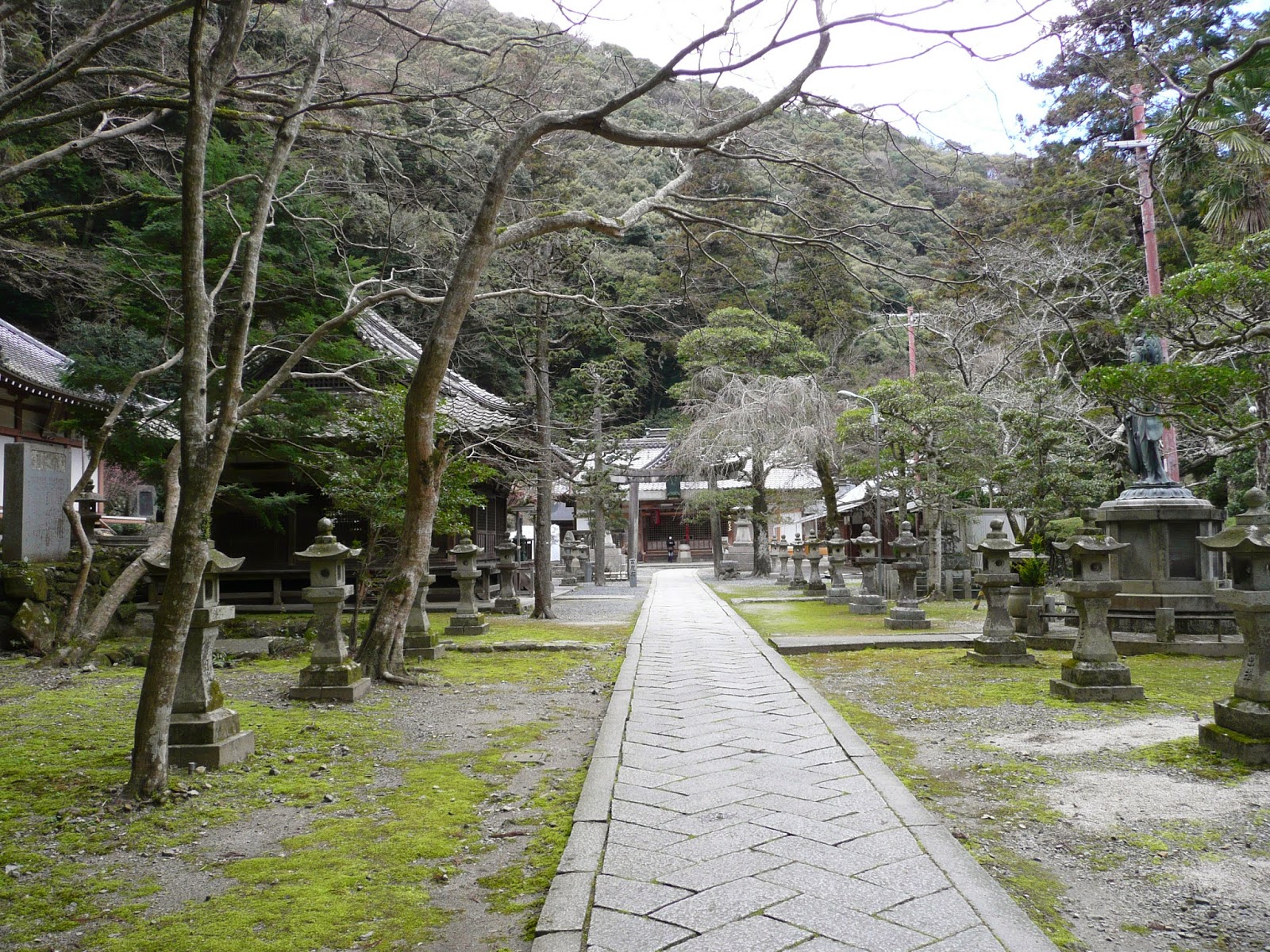 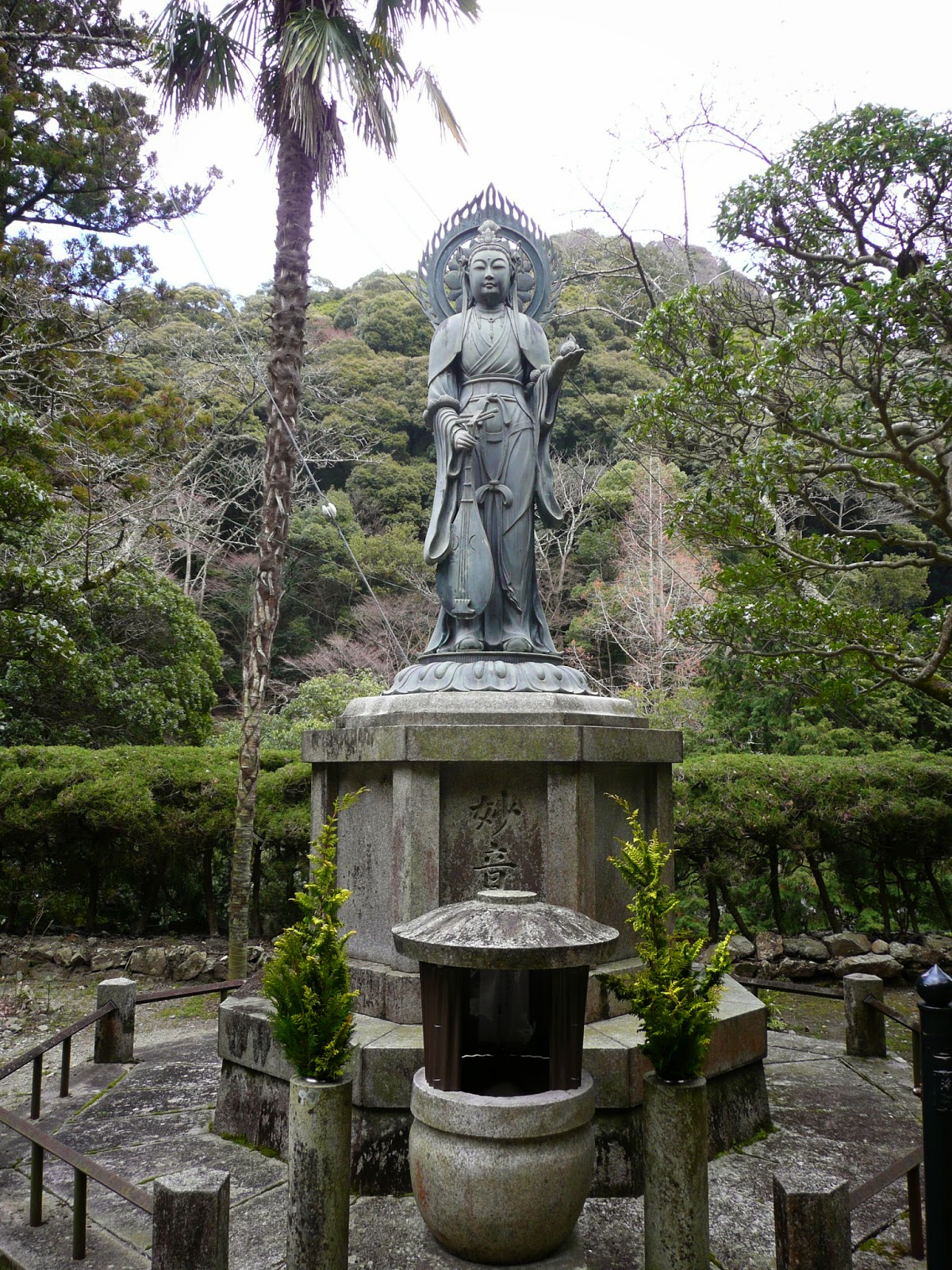 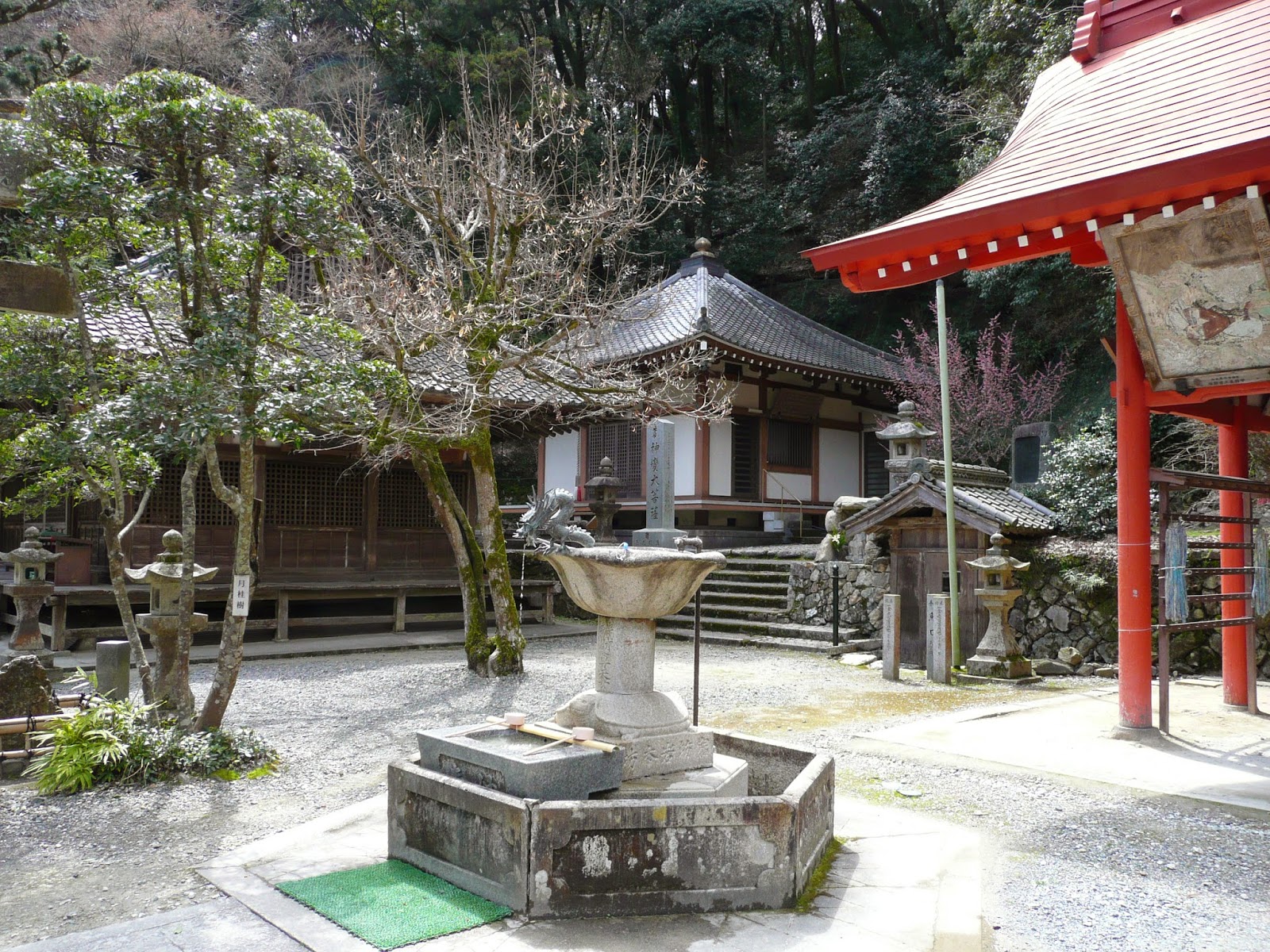 To my surprise (and after I had taken that picture of the "say no evil" monkey) I started seeing live ones everywhere grooming themselves on the rooftops and sitting in the trees next to the waterfall staring down at us with a kind of evil intelligence in their eyes.

The next day when I was getting my nails done (and if you have never had a manicure done in Japan, put that at the top of your list of Things to Do because nobody does it better), I told the lovely young woman that I had been to Minoo Park.  She grimaced and spat out, "Monkeys!"  From that I gather that I am not the only one to find them a bit off-putting.
Posted by Victoria FERAUGE at 4:59 AM

I wish we had early signs of spring here. Instead, I am sitting by the fire in my condo sipping hot chocolate and looking out at freezing rain. There are no buds or blooms in the small park across the street yet.

I like monkeys, but there aren't any there either. Just a few deer, a couple of Canadian Geese and a lonely police officer sitting hidden behind trees in a patrol car hoping to nab some reckless drivers ignoring the treacherous slippery roads.

What made your manicure so amazing? I look forward to hearing about your pedicure.

Victoria, have you discovered what the Japanese call forest bathing? It's quite fascinating. I read recently that just a 2 hour walk in a forest can positively affect a person's immune system for many days.

@Victoria: In addition to forest bathing, you can also have a fish pedicure in Japan and let the fish nibble way your footsie's dead skin.

They have been banned in Canada for hygiene reasons.

@blaze, it's still cold here but when you get out of the city you'll see some blooming trees here and there. Next week I think we'll go to Himeji castle.

I've had manicures in both Tokyo and Osaka and what makes it good here? The care they take to make it perfect. The nails are buffed so that even without polish, they shine and look pretty. The polish is put on in many layers so it lasts - looks good for a long time. And there is the hand massage at the end. This time I went for the gelish nails. They are supposed to last 3 weeks. Best part was that the gel polish dries quickly under a UV light and so you don't have to wait for your nails to dry. https://suite.io/eileen-wern/4f762fa

@Embee, I have not heard of that but I have got to try it. Thanks for the link. If I do do it, I'll write about it.

Victoria, I'm not sure our forests around here have enough canopy to qualify for top-quality bathing but it always feels good to be with the trees. The forests in Japan look perfect though. BTW I like the reCAPTCHA here. I can actually read the "word".

@Embee, I noticed that they had changed the captcha system and I agree this one is much better.

The forests here look less managed than the ones in France. Is that true or is it just delusion on my part?

Hi Victoria,
I remember that park!
I still remember being traumatized at 16yrs old by the warnings on a school trip not to try to keep our lunches if the monkeys tried to take them from us...
Shuddering!
But so so beautiful there. I'm happy you are getting to enjoy it.