Picking up our discussion of yesterday, let's talk about Americans abroad and whether or not they constitute a true diaspora.
When I meet my fellow Americans overseas I am struck by two things: 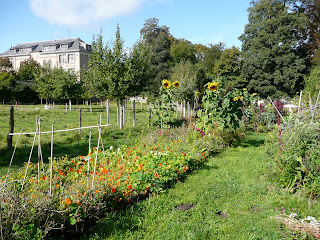 How very different we are:  I've met businessmen and women, ex-military, retirees, professors, students, and people in the entertainment, IT, fashion and hit-tech industries.  There are Asian-Americans, African-Americans, European-Americans, Native Americans.  There are Democrats, Republicans, and Libertarians.  Some are rich, some are quite poor, most are doing alright.  There are people from the East Coast, the West Coast and every city and state in between.  It's quite a mix. 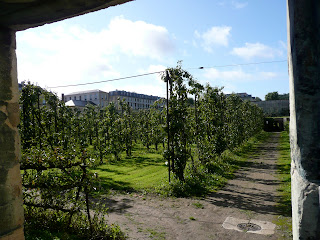 How alike we are:  People who might never have met and mixed at home, find themselves happily chatting with a compatriot over a kir in a Paris bistro or discussing global politics in a bookstore in Tokyo.  Oddly enough, Americans may learn more about each other abroad then they do when they stay at home.

Homeland politics, social problems and other contentious issues melt away and the focus comes back to the things we have in common, not the things that separate us.


Do Americans identify themselves as Americans when they live abroad?  Absolutely.  I'm sure there are exceptions but my experience has been that no matter how long that citizen has lived outside the U.S., he  or she (if asked)  still stands up and clearly and publicly says, "Yes, I'm an American."  Stories about Americans trying to pass themselves off as Canadian are mostly apocryphal.

There is also most definitely a collective memory and solidarity in the American communities I've seen abroad.  This is manifested most clearly in institutions (churches, libraries and schools) and in voluntary organizations.  Membership in these entities is strictly a matter of individual choice.  Not everyone chooses to join an American Church or to send their children to an American school but these things exist and are there for Americans if they need or want them.  Often the local U.S. Embassy is a good place to go for more information.   The U.S. Embassy in Paris maintains this fine list of U.S. and French-American Associations.

At times these organizations have been very effective in defending the rights of Americans overseas.  See this AARO article for the remarkable story of the other Tea Party movement which, with the support of Senator Barry Goldwater, got the Overseas Citizens Voting Rights Act through Congress and signed by President Gerald Ford back in 1975.

All of the above, I contend, show that there is a good case to be made for the existence of an American diaspora.  Nevertheless, there are still a few good arguments against:


The first point is easily answered - hybrid identities are becoming more and more common.  I do not see a problem with a Japanese-American living in Germany claiming membership in both the Japanese and American diasporas.  The last two points I will concede for now because they represent the current state of things.

They do not, however, take into account what the future will bring.  We know that there are some issues of primary importance to overseas Americans:  taxation, overseas banking laws, citizenship, voting rights which, if the American government were to erode existing rights or to make new laws that directly and negatively impact the lives of all Americans overseas, well, you just might see a tsunami of mighty anger directed at Washington from millions of American voters outside U.S. territory.

There is also the possibility that the political climates of the host countries will change and Americans will start facing discrimination or overt hostility on a wide scale.  If that happened in Europe, for example, the American "third-country nationals" might find it desirable to create ties with other diasporas and lobby the European Union for action.

That said, I will meet Sheffer halfway and argue that Americans abroad do constitute a diaspora but it is a dormant one.  The structure is there, all the mechanisms for collective action exist and have existed for years, but they are not as effective as they could be because there is no compelling reason for Americans overseas to openly act as a group in the political and social realms of the homeland or host countries. 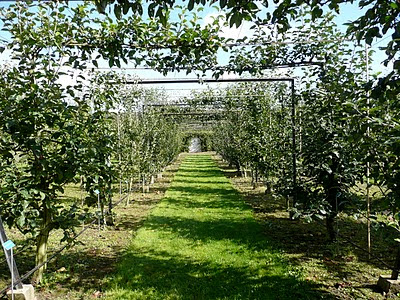 Posted by Victoria FERAUGE at 9:45 AM

Just me catching up on my reading. I am not sure about the use of diaspora yet, to describe Americans abroad. However, the more the intentional jihad against overseas Americans continues related to taxation, the more collective actions and identities will coalesce into into how Americans see themselves, I think. Time will tell, and this posting of yours makes me think seriously about it, so thanks.

Good to see you here, Just Me. The term "diaspora" has all kinds of interesting connotations. I personally believe that there is an American Diaspora but even if I'm wrong it just might be politically expedient to appropriate the term. It would give a whole new look to Americans abroad and get homeland Americans thinking about their "domestic abroad" and what it means for them that there are 6-7 million of us.

And perhaps we might even get Clinton to include us in her IDEA project. Wouldn't it be something if we could crash that party? :-)